It was FUN, excitement, and adventure all the way at the Group Camp held at SilverHelme campsite over the weekend of 21/23 June.

The Scout section traveled up on the Friday evening to set up camp and pitch their tents. Later, they enjoyed games inside the Mortimer Centre including trying some interesting physical challenges. They also took part in a wide game.

The Beavers and Cubs arrived at camp on Saturday morning. The Beavers were to occupy rooms in the Centre whilst the Cubs were to sleep in tents kindly loaned by the Guides. The theme for the weekend was HM coronation jubilee – it was to have been the diamond jubilee last year but that camp had to be cancelled owing to unseasonably bad weather. Campers were each allocated a team to work in comprising a mix of Beavers, Cubs, Scouts and Explorers with team names based on royal residences. The first activity was a ‘treasure hunt’ to familiarise everyone with the site.

After lunch the teams visited a number of challenge bases – these included ‘stealing the crown jewels’, solving a maze, ski slalom, crossing a course on bricks and some creative activity, making crowns and team flags and a ‘throne’.

Just like at the time of the coronation – some of us oldies remember that! – the campers were later treated to a grand street party with sandwiches, nibbles, crisps, jelly and ice cream and cakes.

In the evening the teams took their thrones to the top field for a race and they also took part in an obstacle course. The evening was rounded off with a camp fire in rather damp conditions.

Sunday started rather dull weather wise. After flag break everyone walked to the camp chapel for a short Scouts’ own service. The teams then embarked on a walking treasure hunt around the lovely Silverdale area.

After lunch, the Group held its Annual Review and Annual General meeting and were pleased to welcome as guests the District Commissioner, the Vicar, Mrs Joyce Brooks and the Camp Warden Kieron and his wife. A large attendance of parents and supporters listened to section reports (see the Group Annual Report), and received the annual accounts and watched interestingly as a Cub was invested. Presentations were made of the David Steed memorial trophies and a Chief Scout’s Gold Award to Alex McKay.

The Group also took the opportunity to commemorate the 50th anniversary of the campsite at Silverdale with a celebratory cake.

Lastly, the winning team for the weekend’s activities received the victor’s shield.

Thanks to all the leaders and committee members for their combined efforts in putting on the camp, which as well as being very enjoyable will hopefully promote improved linking between the sections of the Group.

Here’s one for you 16th veterans out there, particularly those of you who appear on this photo of the Scout Troop from 1979 […]

UPDATE What a magnificent turnout! Thanks to everyone for your support. Should you wish to consider joining our Group Executive Committee you […] 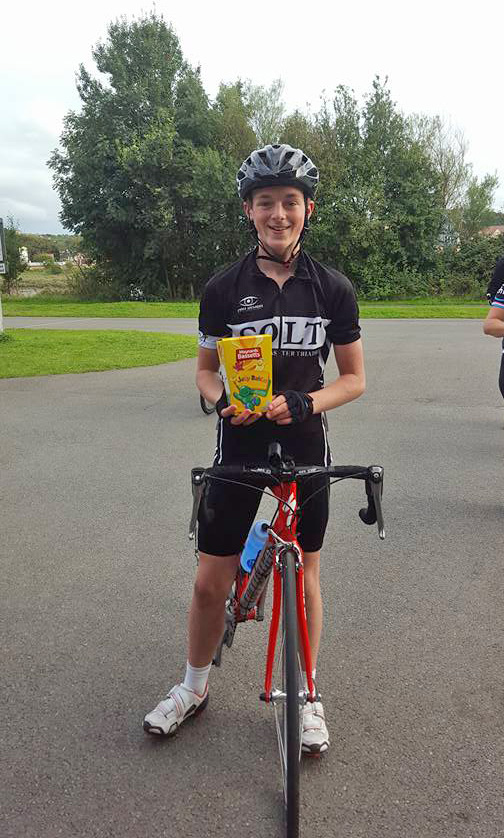 Members of the 16th Morecambe Scout Group cycled 1,041 miles to raise funds for a defibrillator in Torrisholme Village. Members, family and […]