IN Torrisholme Church of Ascension church hall on Saturday, Scouts and Cubs of the 16th Morecambe and Heysham Troop worked busily at the stalls of their Christmas sale of work. Outside, on a piece of waste land behind the hall, were stacked the wooden parts of a hut which will one day form their new headquarters.

The hut was a gift to the troop two months ago but the bill for erecting it is expected to be somewhere in the region of £100. (U)nable to meet this cost, the troop decided to organise a sale of work in order to raise some of the money. At present they have about £30 towards the scheme. 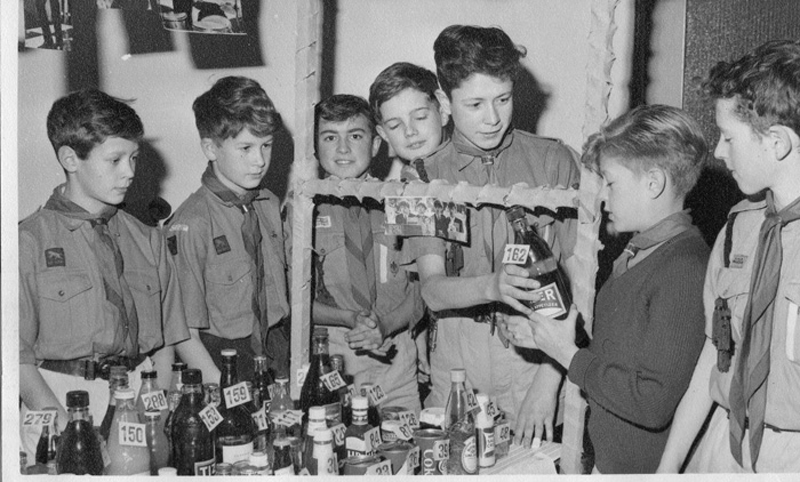 Opening the sale, the District Commissioner, Mr. Max Melling of Morecambe, said they had taken a bold step in deciding to build a Scout headquarters. In this act of faith and initiative, they earned the public’s respect and congratulations.

Congratulations, however, were not enough, the public’s congratulations, must be accompanied by real and concrete help because he felt sure the troop had merited any help that could be given to them.

“In building this headquarters, I believe you good people are illustrating one way of building the Kingdom of God on Earth. We should remember the loftiness of our aims even if the path sometimes appears to be rocky and muddy.”

He was often shocked to find that people did not have a thorough knowledge of the Scout movement. They knew it was good but they did not know how good. He described the Scout promise as “a very precious thing” and recalled that a Scout promised “duty to God and the Queen, to help other people at all times and to obey the Scout Law.”

He concluded: “In building this headquarters, I believe you are all helping the boys to grow up into a fine standard of manhood.”

He was thanked by 14-year old Scout, John Airey, and 10 year-old-cub, Keith Mason.

The Vicar, the Rev C. G. Yates, who presided, paid tribute to Mr. Melling’s interest and help and said he had always taken an active part in the work of the Scout movement in Morecambe.

During the afternoon a large number of parents and friends patronised more that 13 stalls and sideshows. One of the stalls, which sold miscellaneous articles, was staffed by 13-year-old Anthony Shaw, of Lancaster Road, Torrisholme, who was deputising for his mother who was ill. His mother had provided all the articles for the stall.